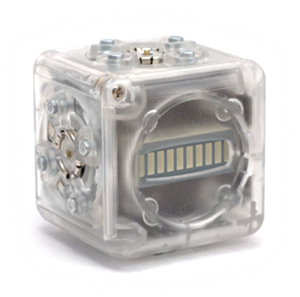 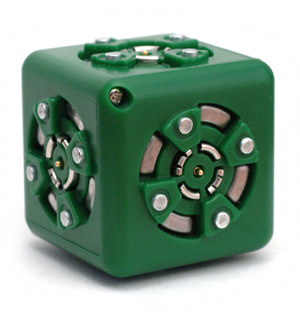 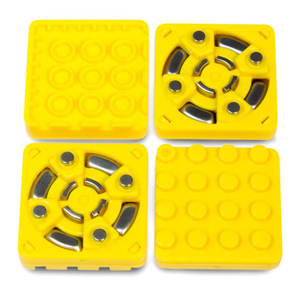 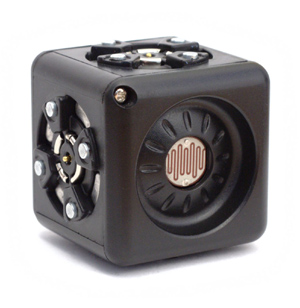 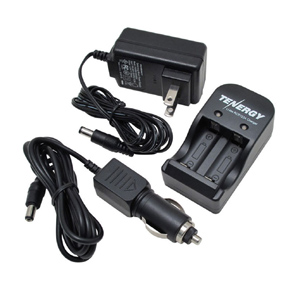 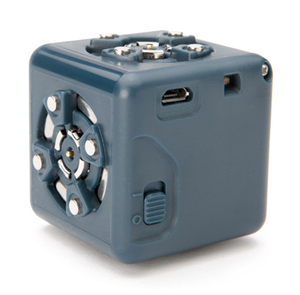 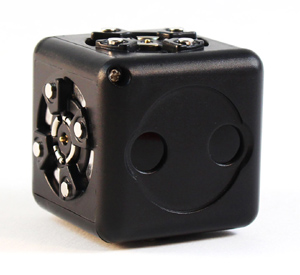 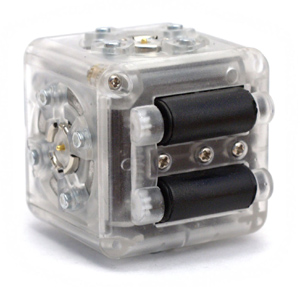 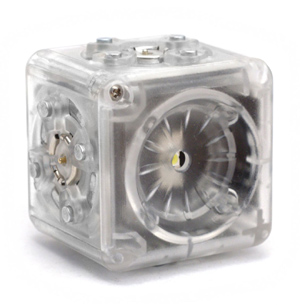 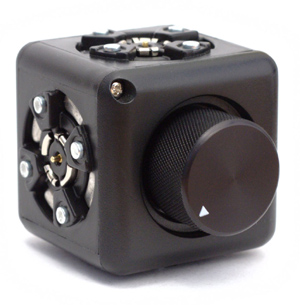 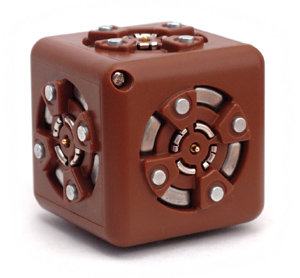 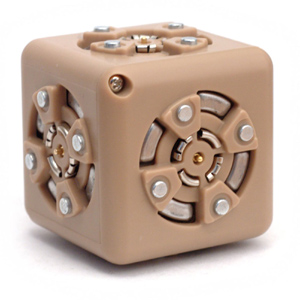 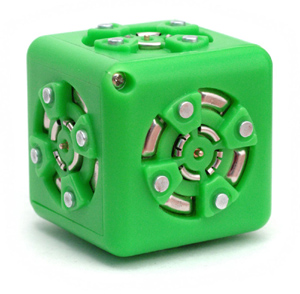 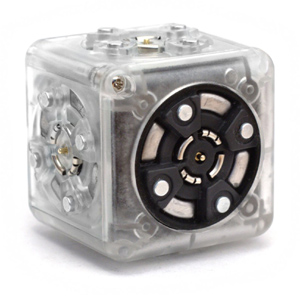 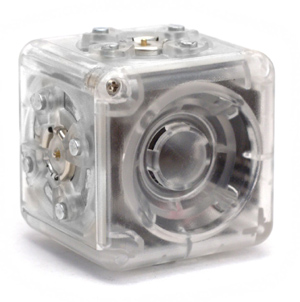 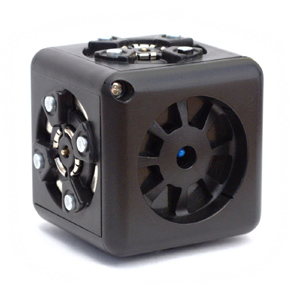 The Cubelets Twenty standard kit comes with 20 magnetic blocks that can be snapped together to make an endless variety of robots with no programming and no wires.

Hi, I have a question about Cubelets Twenty Kit

Anyone can build robots that drive around on a tabletop, respond to light and other objects, and have surprisingly lifelike behaviour. Instead of programming that behaviour, you snap the Cubelets together and watch the behaviour emerge like with a flock of birds or a swarm of bees. Each Cubelet has a tiny computer inside of it and is a robot in its own right. When you put Cubelets together, you’re actually making a robot out of several smaller robots. Each Cubelet communicates with its neighbours, so you know that if two blocks are next to each other, they’re talking.

Drive Cubelet
Contains a motor and roller wheels for moving on a horizontal surface. The Drive Cubelet only moves in one direction, slowing to a stop with a value of zero and moving faster with higher input values.

Rotate Cubelet
One face spins at a rate corresponding to the block’s input values.

Speaker Cubelet
Chirps according to the block’s data value. Contains a small speaker and an amplifier.

Bar Graph Cubelet
Displays the block’s value as a light-up bar graph. The value is normalized to the number of points on the bar graph so that a maximum value results in a fully-lit bar graph.

Knob Cubelet
The Knob Cubelet has a potentiometer embedded in one of its faces. It outputs a 0 when turned fully counterclockwise, and a 1 when turned clockwise.

Minimum Cubelet
The Minimum Cubelet can accept any amount of data but only outputs the smallest value that it receives. It can be handy for creating an on-off switch for a robot and also for using with a Distance Cubelet to build robots that avoid falling off the edge of a table.

Maximum Cubelet
The Maximum Cubelet accepts many different inputs but only passes along the one with the greatest value. With a maximum block, you could easily build a robot that performs an action only when a sensor reads a value over a certain threshold (set by a Knob Cubelet, perhaps).

Battery Cubelet
Play longer than ever before with the redesigned Battery Cubelet! This Cubelet provides the energy needed to make your robots spin, drive and squawk. The new Battery packs 30% more power than the previous generation and easily recharges via micro USB.

Passive Cubelet
The Passive Cubelet is a basic building block. It carries power and data from its neighbors, but it basically acts like a smart brick. It doesn’t move, sense, or change the data in any way.

Blocker Cubelet
The Blocker Cubelet is a basic building block that “blocks” data from its neighbors. It still passes power, but effectively stops communication and can insulate one side of a robot from another.

Be the first to review “Cubelets Twenty Kit” Cancel reply