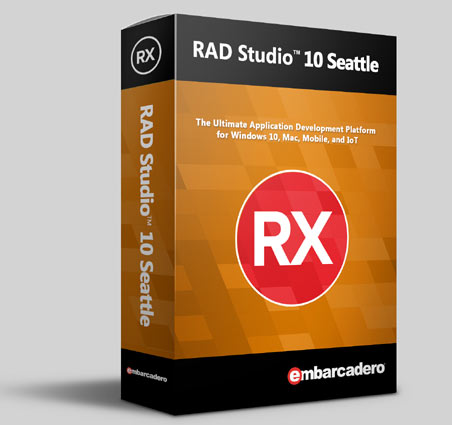 Hi, I have a question about Embarcadero RAD Studio 10 Seattle

The new version supports many of the fresh design styles and new capabilities of Windows 10. It also makes it easy to extend a Windows 10 application to mobile platforms, Mac OS X and Internet of things devices, according to the company.

For Windows 10, Embarcadero has expanded its VCL (Visual Control Library), a set of visual components that can be quickly inserted into applications. New controls were added, and existing controls can be adapted to Windows 10. The company also updated FireMonkey (FMX), its framework for building cross-platform applications within a single build process to incorporate Windows 10 as well. It also updated its C++ compiler for rapid development, called Clang, to run on Windows 10.

Beyond support for Windows 10, the new edition of the software can now allot twice as much memory to holding complex software projects. Improvements have also been made to development and testing processes and to the documentation.