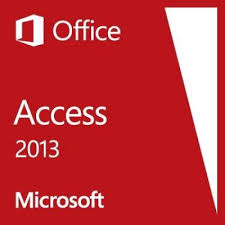 Access provides a simple way to build SharePoint apps. Easy-to-use tools help app developers get started fast and quickly share their app, improving end-users productivity from virtually anywhere. In this release, IT can also be confident Access apps are under the control and manageability of SharePoint and SQL Azure or Server Build and share custom apps that run on the web and help run your business or department. No software development knowledge needed!

Microsoft Access 2013 brings new attention to the world of apps. An Access web app is a new type of database that you build in Access then use and share with others as a SharePoint app in a web browser. To build an app you just select the type of data you want to track (contacts tasks projects and so on). Access creates the database structure complete with views that let you add and edit data. Navigation and basic commands are built-in so you can start using your app right away.

Open licensing is for small to mid-sized organizations that have less than 250 desktop PCs and who order as few as five licenses. Benefits of Open License include discounts off the retail price of software the ability to track and manage licenses by using online tools and the rights to create a standard image and deploy it on multiple machines and rights to transfer licenses from one machine to another.

Be the first to review “Microsoft Access 2013” Cancel reply